Are you a writer who also GM/DM’s a tabletop campaign like Dungeons & Dragons? Have you ever thought about how your writing and your campaign go hand in hand?

Hi, I’m Zoe, and I’m a writer and a Dungeon Master for a traditional 5th edition Dungeons and Dragons game, as well as a Star Wars 5th edition game. I love writing, and I also love bringing worlds to life for my players.

Today I want to go through some ways that I have found to bring my passion for storytelling to the table.

As a writer, one of the biggest ways I use my writing for D&D is by creating story structure for my players. D&D, and other tabletop games like it, is collaborative storytelling at its finest.

My knowledge of multiple different story structures means I can help my players to tell a more complete story than if they went off on their own. I can provide them with more meaningful enemies, more potent character moments, and really help them develop their ideas into stories that become satisfying endings.

Speaking of potent character moments, I am also armed with the knowledge of character arcs.

When a character’s backstory tells me they learned their fighting in their father’s orc encampment, but decided to set off on their own because they didn’t believe in the war effort, I can seed in letters from their father asking, no demanding that they return home. I can pepper in a throwing knife stuck into the tree that the rogue was just standing next to, with a sign from the assassin’s guild so he knows they are watching him and waiting for him to make his next move.

And again, I can help my players feel like their characters lives mean something, and that they are brought to a satisfying story end, whether they make it to the end of that tale or die early after taking four blaster shots to the chest by some B1 droids.

Is it just me, or are there just too many stories to write, and so little time? If you have a fun story idea, a cool world concept, a fun bit of dialogue, or even a badass character idea, but you think you won’t get to it, maybe you can. Use those unused threads in your campaign.

I have a clan of female Amazonian werewolves in the back of my brain. They are totally out of context. They have no story concept to put them in. But there they are.

My entire campaign is actually based in a world concept that was completely underdeveloped. I had monsters and a big bad, where a crew assembles and fights the monsters but has to come to understand the bigger target. That’s literally all I had. A vague concept, and a bunch of creepy monsters. Now my players and I get to explore the world in which these creepy monsters exist.

Do you have a premise for a story you’re in love with but not much else?  It could be perfect for a side quest.

In one story concept, I have a boy whose country is in the middle of a war with the Dragons. The boy stumbles upon a cave, and releases one of the dragons from their chains. The dragon makes a pact with the boy, and they fly against the attacking country and win the war. Is it complete enough for a whole story? Heck no. Am I super stoked to follow this High Fantasy concept through 100,000 or 150,000 words? No. But if I give it to my players as a side quest where they need to infiltrate a cave and steal a dragon, it could be really fun.

I have a story idea where a faerie queen tempts a human into loving her, and she steals him into faerie, but when his family finds out, they send out a search party and get the man back. The man, part of a large and wealthy family, scorns the faerie queen and vows to ruin her for what she did. And so, the industrial revolution starts. These fae could easily translate into high elves, looking for a new place, a new forest which they can gain sanctuary. Or maybe my players will decide to barter on behalf of the elves to stop the industrials from poisoning the water supply with their heavy metals and weakening the elves’ magic.

You may not have an entire campaign worked out in your story concepts, but it may at least be worth a side quest or two. To me, that feels better than all these story ideas amounting to nothing because I don’t have the ability or the drive to write them all by myself.

Finally, any writer who has ever written an outline, a book proposal, or a Twitter pitch knows how to summarize like no one’s business.

When your players come back to the table, how long has passed by? Some groups play weekly, while others once a month or even less often. Yet even a weekly schedule may be too long to have gotten away from the table. Do your players remember what mission they were on? Who they spoke to? What they were “supposed” to be doing?

As a writer, you are the able to get the major concepts of your last play through summarized more succinctly so that your players can start out on their journey confident and ready to play.

Those are the five ways I use my writing for tabletop games like D&D.

What do you feel your writing journey contributes to your DM/GM experience? Let me know in the comments below! 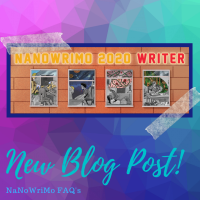