Hello lovelies and welcome back to the blog.

I recently went to a statewide writer’s conference. My state puts one on every year, but because of COVID-19, they didn’t have one last year, and this year’s conference was very small and the details were constantly in flux as COVID rules and regulations changed almost daily leading up to the conference.

Still, writers from across the state braved it and came out in person and over Zoom to meet with colleagues and industry professionals, pitch their work, and to generally hang out and possibly win prizes for their writing.

I’ve known about this conference for the entire time I’ve been with my local writing group, but due to work scheduling and travel requirements, in years past I haven’t been able to go, or able to afford to go. This year’s conference was close, in the next town over, and I didn’t even need to get a hotel room. I have a steady crew at work and no need to come in on weekends, and my financial situation allowed me to save up and go for it this year.

I wanted to give you my three main takeaways from this year’s conference. Some of these are personal observations. I pitched the whole first day, almost back to back and could not attend many of the teaching sessions they held, yet even that first day was an extremely useful and powerful experience for me as I met people and absorbed everything they had to tell me.

Takeaway #1 – Traditional publishing is harder than it’s ever been before.

I spoke with so many people, from agents to publishers to indie authors and one thing really stood out and was driven home. Traditional publishing is harder to break into than it ever has been in the past. You have to really want it.

One woman shared a story about her own publishing journey where she was working for a publishing house, and at the same time, trying to get her own novel published. She got many rejections before she found an agent, then spent the next two years watching her spreadsheet go red as her agent pitched her novel to hundreds of publishers who all came back with no’s.

One publisher finally asked after two years of her agent pitching her novels if this woman had anything else. They pitched thirteen more novels which were all no’s. Then she wrote a proposal for something she’d had in the back of her mind on the fly, and the publisher said yes to that book, and she had to then frantically write it for the publisher under contract.

She was in publishing, had a degree for it, was teaching about publishing at conferences, was working with publishers, and it wasn’t any easier for her to get published.

But it only took one yes.

To compound this, every one of the people I pitched to asked me what my social media presence and following was like. They asked me what I personally was going to do if my book was ever published to promote it.

Gone are the days where publishers give your book tons of money to promote it in the bookstores. They reserve those dollars for the huge authors that they already know are going to sell.

Publishers want to know you’re building a social media following that isn’t just numbers, but dedicated fans who are clamoring for your book in their hands. They expect you to do much if not all of the promotion of your book yourself, because it’s too much risk to put big money behind a complete unknown.

Traditional publishing is hard. It very well might be harder to do than it ever has been before depending on the genre you’re trying to sell in. While it’s not impossible, you have to be willing to work really hard to break in, make genuine connections, and go the long haul.

Takeaway #2 – The importance of getting the right feedback.

I brought my novel, Utopian Melody, to the writer’s conference. It has been through four full version revisions and multiple editing passes. I have read it with my local group, with aspiring writer friends, have put it online for multiple critique passes. But something is still wrong with the opening pages, where I need it to be compelling.

I sat with a table of other people writing in my actual genre for a few minutes, read them only the first chapter, and in less than 20 minutes had the problem identified and many excellent suggestions pitched as to how it could be improved. Later, sitting with a publisher, they too gave incredibly outstanding feedback on the novel as a whole and on how to improve it for better marketability from the publishing standpoint. Not even big sweeping changes, and yet way more marketable.

These two experiences from the first day gave me an eye opening. I was no stranger to getting feedback on my novel. I had, I’d thought, put the darn thing through its paces. It was good. It was as good as I could make it.

But I also knew, maybe even before I started pitching it and querying it with agents that something still wasn’t right. Maybe I needed a professional to look at it and tell me what I was doing wrong. Developmental editing is expensive. Could I afford it? Did I care enough to make this my debut novel?

That’s not to say that general feedback should not be pursued. My novel is much better than it had been just with general feedback alone. If you’re feeling like you’re stuck though, or like your novel isn’t yet the best it can be, seeking out more specific feedback from someone in your genre is highly invaluable.

Takeaway #3 – Authors are my kind of people, and this is for sure what I want to do with my life.

Has there ever been a time where you walked into a room, and were immediately hit with the thought that the people you met were your kind of people? Maybe you got to go to a book signing with your favorite author. Or maybe you attended a meeting for work with the other work members. It can happen at festivals, at concerts, at a local restaurant. Something about the vibes, the way people treat you, the way they are dressed makes you feel completely at ease and you realize that this is where you want to be.

That was me at this writing convention.

Women in cute dresses, flats, and cardigans. Men in their best blazers and ties. If I looked a little lost, someone would stop and ask me where I was from and what my book was about. No one judged me for what I was writing, for my age, for not being published yet. Everyone listened enthusiastically, encouraged each other where they could, and were all lovely people.

It wasn’t any one thing specifically, it was all of it combined. And I knew. I knew in the depths of my soul. Traditional publishing is hard. It may very well be the hardest thing I do in my entire life. But writers are my people. And this is where I want to be. 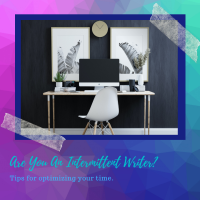 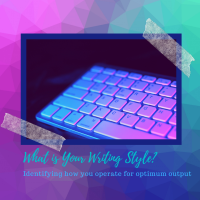 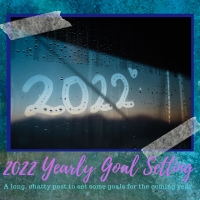